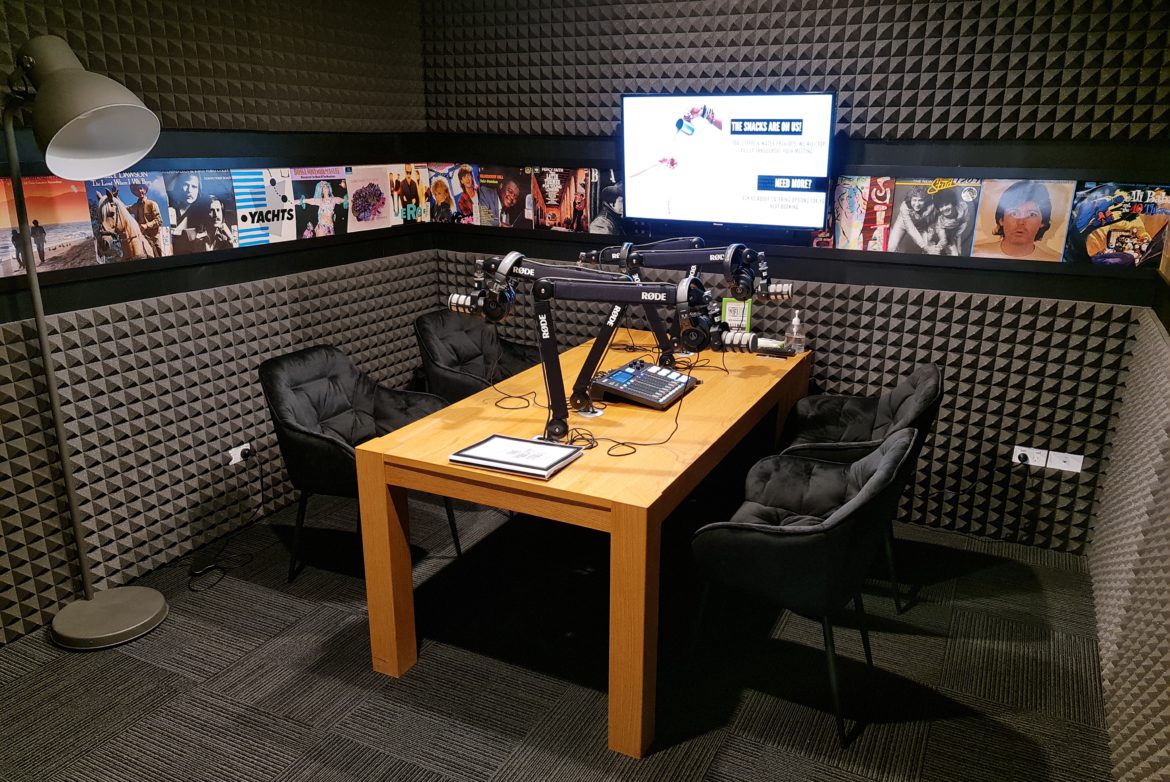 PodSpot Studios, the first network of purpose-built podcast studios founded by content creator and former breakfast radio host Dave Matthews, has today launched in two new locations as it gears up for further national expansion amid Australia’s podcasting boom.
PodSpot Studios is a collaboration between Matthews’ podcast production company PodSpot and the ASX-listed WOTSO Property (ASX:WOT), which owns and operates a portfolio of flexible coworking spaces at near to home locations Australia wide.   The new PodSpot Studios, located in WOTSO Varsity Lakes on the Gold Coast and WOTSO Neutral Bay in Sydney, are available to WOTSO members, content creators, thought-leaders, entrepreneurs, and small business owners to hire from today.
Matthews, who doubled down on podcasting after leaving his post in commercial radio earlier this year, said he plans to open at least 10 more PodSpot Studios by the end of next year.   “As remote and agile working became the norm during COVID, podcasting has also enjoyed a boom with 37% of Australians over the age of 12 now listening to podcasts every month, and major players like Spotify investing heavily in the medium,” PodSpot CEO, Matthews, said.   “The power of podcasting is immense for sharing stories and opening opportunities to drive sales. PodSpot is helping organisations of all shapes and sizes to add a podcast to their toolkit as we expand PodSpot Studios with WOTSO to even more locations over the next 12 months.”
The new studios, which are purpose-built for podcasting, are equipped with the latest technology including a RODECaster Pro mixing console, microphones and headphones for hosts and guests, as well as flat-screen TVs for remote guests, video content or static branding.

PodSpot Studios first launched at WOTSO Sunshine Coast earlier this year, with more sites across Australia – including one in Brisbane’s WOTSO Fortitude Valley – to follow in 2022.

“We are not experts at podcasting and we don’t claim to be, that’s why we have partnered with PodSpot to deliver WOTSO with some great podcasting suites,” Glew said.

“We think having a podcasting suite in our space provides another service to our members, and who knows, we also might have a WOTSO podcast very soon.”

PodSpot also offers workshops, training, marketing and end-to-end production services to podcasters at all levels, at each of the locations where you find PodSpot Studios.

PodSpot Studios on the Sunshine Coast, Gold Coast and in Sydney can be booked here.

Smart Glasses can give a new perspective